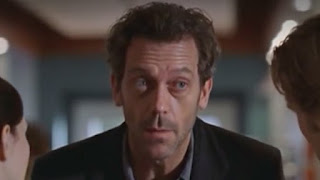 Lupus is an autoimmune disease. Like most of the autoimmune diseases modern medicine does not truly understand the cause of Lupus. They have broken it down to three distinct versions of the problem. They are, in plain English, systemic, skin only and infantile. The systemic version is the most common.

Symptoms of systemic lupus include extreme fatigue, painful or swollen joints (arthritis), unexplained fever, skin rashes, and kidney problems. These symptoms are not consistent from person to person or even from one period of time to another. Because the symptoms seem to come and go they are referred to as flareups of the disease. Different things trigger these flareups in different people, though one that is pretty consistent is exposure to sunlight.

This is problematic in that Vitamin D deficiency is common among Lupus victims. Vitamin D also plays a large role in protecting us from many other chronic illnesses. Since people with Lupus have trouble spending time in the sun it is generally recommended that they take a Vitamin D supplement. Typical recommendations would be 10,000 units per day. Testing to monitor Vitamin D levels are also recommended.

Leaky gut syndrome is a very common issue that is related to autoimmune diseases like SLE. In these conditions, an abundance of pathogenic bacteria and yeasts take hold of the reigns of control in the gut and create inflammatory changes that damage the intestinal lining. This allows food particles to pass into the bloodstream. The undigested food particles are identified by the immune system and labeled as toxic invaders and a massive immune assault results. The most common recommendation for healing leaky gut syndrome is called the GAPS diet. These types of diets are very low in sugar and processed foods. They are high in fermented foods and often recommend taking probiotic supplements. Avoiding modern grown meats and dairy are also critical, but naturally grown versians of these products have been shown to be helpful.

Because many people with lupus go on to have high cholesterol and heart problems many doctors recommend that they take statins to try to prevent this. Although statins can be useful there come with some pretty serious problems. Among them are weakened muscles, including heart muscles. A study done with children with lupus has shown that there is no advantage to them taking statins.

Other illnesses that seem to occur more often with lupus patients than with the general population are leukemia and breast cancer. This may be because lupus interferes with the immune system in ways that normally protect us, or it may be because one of the common treatments for lupus is immune depressing drugs.

Other treatments that doctors use include NSAIDS. These come with their own sets of complications which can include kidney problems and ulcers. Some other attempts at treatment have also shown to be problematic. One such attempt was the off label use of a drug named Rituxan. Off label means that the FDA has not specifically approved that drug for that purpose. Rituxan has been approved for lymphoma and rheumatoid arthritis. Two people died when prescribed the drug for their lupus.

Alfalfa is one supplement that has been found useful with lupus. Alfalfa is an antipyretic, which means it is a fever reducer. It is a diuretic, meaning it increases urination. It is an appetite stimulant, and is a hemostatic, which means it helps to stop bleeding. Alfalfa is mineral and vitamin rich. It is very high in the macro-nutrients calcium, magnesium, potassium, and phosphorus. Alfalfa has a high chlorophyll content, and contains almost every known vitamin. It has been clinically proven to reduce LDL cholesterol and shows promise in the treatment of autoimmune diseases such as lupus.

Most autoimmune diseases can be managed with a diet rich in organic foods and eliminating all processed foods, especially sugar. Non dietary sources of toxins such as personal care products and air fresheners should also be avoided. Mild exercise and plenty of fresh air (although out of direct sunshine) has also been shown to be effective.