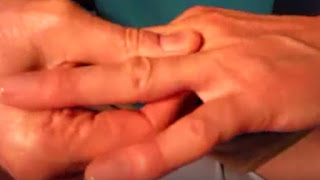 Arthritis is an autoimmune disease. Like most chronic illnesses modern medicine really doesn't know what to do with it. Instead of trying to find the root cause, they concentrate on attacking the symptoms. The symptoms are easy to find, but hard to treat. Most of them use pain relievers, starting with over the counter and moving up to steroids or even stronger narcotics. In the mean time they work at reducing the effectiveness of the immune system. Since it is an autoimmune disease they figure if they kill the immune system it will quit attacking the body. What they forget is that without an immune system there will eventually be no body.

Instead of going that route it makes sense to attack the underlying causes of arthritis. The first one is gluten, or grains in general. Gluten, and other portions of grains cause inflammation, something someone with arthritis has more than enough of already. In addition to this gluten can cause leaky gut syndrome, which can lead to even more allergic, or autoimmune symptoms.

Nightshades are other foods that cause inflammation. Especially to those with a sensitivity to them. If you have chronic pain you are most likely sensitive to nightshades. Nightshades include tomatoes, peppers, potatoes, eggplant, and blueberries.

Other foods may be trigger foods for you. Try eliminating (one at a time) refined sugar, foods high in oxalic acid, caffeine, alcohol, red meat, eggs, and dairy. Not all of these will be trigger foods, but some of them might be yours.

Mercury and other heavy metals can cause your immune system to be overloaded. An overloaded immune system easily gets confused about what is an invader and what is the body it is supposed to be protecting.

Mycotoxins are volatile organic compounds produced by toxic mold. These overload the immune system and cause inflammation in the body. Breathing these mold spores would be similar to drinking small amounts of poison every day. It might not kill you right away, but your health isn't going to improve as long as you keep it up.

Like leaky gut, a gut that is over run with bacteria can leave you susceptible to illness and work your immune system into overload. Get rid of the bad bacteria and replace them with probiotics and fermented foods.

While you are working on cleaning up your diet, your bloodstream, and your environment there are a lot of things you can do to improve your pain level and your ability to function on a day to day basis.
Get some gentle exercise every day. Although the joint may not like to move, it will feel better afterwards. Exercise will also delay any stiffening of the joint.

Put some heat on it. Heat loosens the joints and relieves some of the pain. In addition to just warming an Epsom salt bath or a few minutes in an infrared sauna will also pull some of the toxins out of the joints. A good massage can help in relieving the pain and the toxins within the body.

In addition there are many foods and supplements that can help with the pain and swelling. These include tart cherries, apple cider vinegar, stinging nettle, alfalfa, turmeric, fish oil, glucosamine/chondroitin, ginger, essential oils, a Chinese herb called thunder god, an herb called devil's claw, or another called cat's claw, willow, Vitamins C, D3, E, A and a B complex. Digestive plant enzymes can also be helpful in cleaning out the waste products in the body.

Eating a clean diet without processed foods, artificial sweeteners, flavoring or colorings will also help. So will getting plenty of water. A good way to define plenty is to take your body weight in pounds and divide that number in half. That will give you the number of ounces of good clear water you want to strive for every day.

Good health is a journey. Start from wherever you are in life and strive to be continuously moving towards the goal. 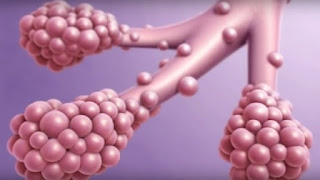 Pulmonary Fibrosis is a scarring of the lungs. Scars are made up of a substance called fibrin.  This fibrin stiffens the lungs, making it harder to breathe. It also ‘fills up’ the lungs. This reduces the capacity of the lungs, making it harder and harder to get a deep breathe. Along with this the sufferer tends to cough. They have fluid in the lungs which they cough up. It is a very uncomfortable and can be life threatening.

Modern medicine considers this an autoimmune illness. They treat it with steroids and asthma type medication. Even with these treatments there is little hope for improvement, only a slowing of the increase of the symptoms. They hope to gain time for the person.

The problem with these treatments is that they lower the immune system.  With a decrease in immune function you catch illnesses easier, and suffer from them more than a person with a healthy immune system would. This decreases the quality of life drastically.

Alternative and/or natural medicine takes a different approach. Fibrin is made up of proteins. It is the same substance that a visual scar on the skin is made up of. Protease is an enzyme that digests proteins. Taken orally it will work on the proteins in the digestive tract first. Whatever is not used will then move to the blood stream. Once in the blood stream it will digest, or break down proteins that don’t belong there. It does not attack the muscles, even though they are also protein based.

Protease can be taken as a supplement alone, or in a blend of enzymes that also help digest other types of foods. For an example Lipase breaks down fats and Amylase breaks down carbohydrates.

Lactase breaks down lactose, from milk products. Pectinase breaks down pectin. Many people prefer to get their protease in one of these blends. These blends help with overall digestion, but just like with the protease all enzymes that are not utilized for digestion can work throughout the body to clean out the debris of everyday living.

The word picture that explains strengthening the immune system the best is that of a cornered animal. When a frightened animal feels cornered they will strike out at everything that comes near it. They will even attack their beloved human who is only trying to help. You reduce the attacks on the animal they can once again take time to differentiate between friend and foe.

In regards to the immune system when it is weak and overwhelmed it starts seeing everything it comes into contact with as the enemy, including the human body it is supposed to be protecting. When you begin feeding it and strengthening it the immune system will begin to relax and recognize the difference between friend and foe. It takes time to build it up, and at first the symptoms of the autoimmune disease can worsen, but over time they usually begin to subside.