Diabetes Causes Are Many and Varied 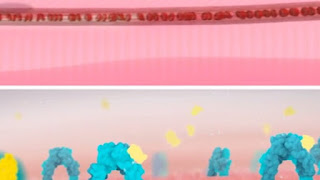 A lot of times when we think of diabetes we think of indulgence. That is because the most common type of diabetes is caused by insulin intolerance. This is different from not making enough insulin. It is more like your body has been making so much that the cells have started ignoring it. It's as if the insulin is the sound of the doorbell and the neighbor kids keep ringing it and running away. After a while you just start ignoring the sound. The purpose of insulin is to move the sugar in the blood into the cells so they can use it for fuel.

Besides diet there have been some new studies that show other causes for diabetes, ones we weren't always aware of.

Lipitor, a cholesterol drug from Pfizer, has been clearly linked to causing diabetes in women. There are lawsuits against the manufacturer because of it. Since the link was suggested there have been studies that seem to prove the link. Although all statins seem to carry this risk Lipitor seems the worst. One study estimated that 50% of post menopausal women would get diabetes from Lipitor.
Another set of drugs that show a link to diabetes are the antidepressants. One study that found a link between antidepressants and risk for type 2 diabetes discovered the risk almost doubled in patients using two types of drugs at the same time: tricyclic antidepressants (TCAs) and selective serotonin reuptake inhibitors (SSRIs). One reason they began looking at antidepressants was that somebody noticed that as the use of them increased so did the number of people who were diabetic.

Recent research also revealed that rabbits introduced to a toxin produced by the Staphylococcus aureus bacteria developed symptoms of type 2 diabetes, including systemic inflammation, insulin resistance, and glucose intolerance. Another bacteria, Bifidobacteria, seems to counteract the harm of Staphylococcus. Babies with high numbers of Bifidobacteria and low numbers of Staphylococcus aureus – which may cause low-grade inflammation in your body, contributing to obesity – appeared to be protected from excess weight gain. This may be one reason why breast-fed babies have a lower risk of obesity, as Bifidobacteria flourish in the guts of breast-fed babies. These bacteria can be found in the gut, but also sometimes on the skin.

Diabetes is known as a gateway disease to other diseases and health problems. The excess sugar and insulin in your blood stream does a lot of damage to the body. Diabetes could easily be called pre-cancer or pre-heart disease, because the insulin resistance is damaging to all of your body’s tissues… including that of your brain.

Dementia is a well-known risk factor of diabetes, and new study found problems with blood flow in the brain may develop in as little as two years in people with diabetes. That impaired blood flow appears to accelerate cognitive decline, lowering thinking and memory skills.

We can't control whether or not our mother's breast fed us as babies. What we can control is how we eat and take care of ourselves now. We can introduce good bacteria, that keep us slimmer and fight diabetes, through fermented foods and probiotic supplements. Just make sure your fermented foods are truly healthy and not packed full of sugar. Sugar feeds the bad bacteria. We can also ensure that the other foods we are eating are low on the glycemic index. The lower on the index a food is the less it raises blood sugar. The lower we keep our blood sugar the less insulin we produce. The less insulin we produce the more our cells respond to the insulin we make. I think you get the picture here.

Don't forget your exercise! Exercise helps your body burn off that excess sugar.

Do you feel some circular reasoning coming on?

The main message is that if you are willing to take care of yourself you will be better off in the long run.