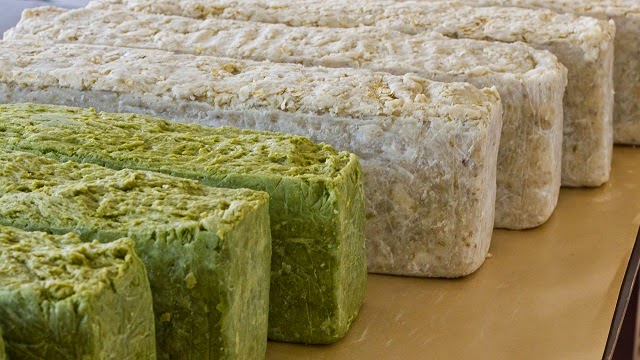 Now our legislatures want to add some reporting fees to each batch of soap, for everyone that makes soap, no matter how large or small. That’s fine for the big guys. Their ‘batches’ are a million bars each. A couple of pieces of paper that they mail to the FDA aren’t going to make a big difference. The smaller the batch the more impact that little piece of paper is going to have on the bottom line. When the batch is under a dozen bars that little piece of paper is going to have a really big impact on the bottom line. For the hobbyist that is just one more expense that they have to pay taxes on after they spend the money.

What is the purpose of these reports? They are meant to regulate the ingredients. These reports, according to the bill being considered, S. 1014, also come with user fees. There goes that two dollars of profit and as such the whole tax deduction. So what ingredients are they trying to regulate? It’s not the natural oils, milks, herbs, and essential oils that most hobbyist and small batch producers use. It’s the chemicals that the big guys use in their large batch productions. Some of these chemicals really do need to be removed from these products, but is this really the way to go?

What are these chemicals?

Propyl paraben, this mimics the hormone estrogen (think BPA) and can disrupt the endocrine system and reproductive system.

Fragrance, masks chemical odors, can be anything including chemicals that are hormone disruptors, cause skin problems, damage sperm, cause asthma and many other problems. They are both inhaled and absorbed through the skin and scalp.

SLES and SLS, these are the sulfates that have been debated for years. They have been linked to rashes, scalp sores, and cancer.

Triclosan, this is the germ killer in many antibacterial products such as hand sanitizers, soaps, deodorants, toothpastes and mouthwashes. It has been shown to accumulate in our bodies, and can cause antibiotic resistant germs and well as disrupt hormones in the same way that Propyl paraben and BPA does. The biggest danger is that it is accumulating in our lakes, rivers and oceans, because it is not breaking down.

Nanoparticles, the consequences of these are unknown, and vary from their origin. Silver nanoparticles have been shown to cause abnormalities in fish DNA when found in our waterways.

Nitrosamines, found in moisturizers and shampoos these are known to be endocrine disrupters and cancer causers.

Retinyl palmitate, although a form of vitamin A these have been shown to cause or increase cancerous skin tumors.

These are serious problems, and the public need to be made aware of them. Most people who are knowledgeable about these additives choose the more natural products made by the small batch and hobbyist manufacturers. But these are the people that this bill will hurt the most. Based on this the choices we will have are to purchase the chemically laden products, or make our own at home.