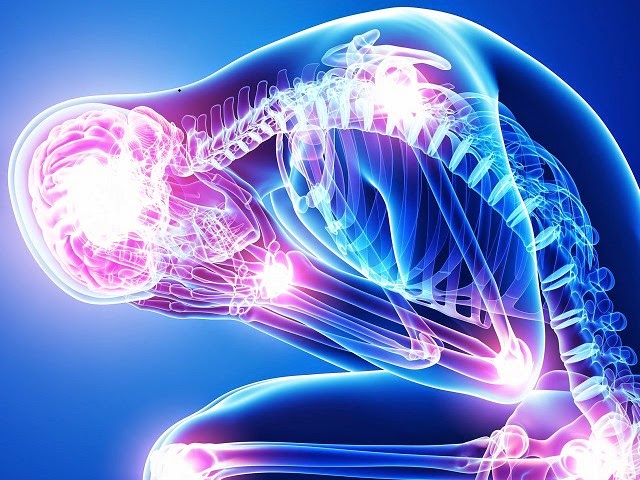 We all have endured pain of one type or another. Whether it from the overindulgence in exercise or the aching caused by too much tension. Then there are those of us that endure chronic pain that never seems to go away. We want to get rid of that pain as soon as possible, and we really don't want it to come back.

What are the worst ways of getting rid of your pain? They include the most commonly used pain relievers.

Aspirin: This is one of the oldest pain relievers known to modern man, but it isn't without its risks. Among those risk are ulcers and uncontrolled bleeding. A common side effect is the thinning of the blood. This is why many doctors prescribe low dose aspirin as you reach middle age. Unfortunately many times this recommendation is based on nothing more than your age. Speaking of age, parents are warned not to give children aspirin because of the extremely strong link with Reyes syndrome.

Tylenol/Acetaminophen: This, under different brand names, is one of the most commonly used pain reliever on the market. It is also one of the most dangerous. Even at 'prescribed dosages' it can cause kidney damage. The longer you use it the more that damage builds up. Every organ in the body is capable of healing, but many times these NSAIDS lead to kidney transplants instead.

Opiates: Most people think of these as hard core pain relievers, but it is surprising how often doctors prescribe them for even the slightest pain. Opiates are extremely addicting. They are also easy to overdose on. Over 16,000 people per year DIE from opiate overdoses. In addition to this they cause liver failure, severe constipation leading to ruptured bowels, blocked bowels or sepsis… severe respiratory depression, confusion, coma, and complete cardiac arrest.

Cox-2 Inhibitors (Celebrex): These pain reliever has been compared to playing russian roulette with your health. Listen carefully to the advertisements on television. The side effects include heart attack, stroke, and cancer.

So what is a person to do? Is there any way to get relief from pain?

First look at what you are eating. Both grains and nightshades increase pain and inflammation in the body. Eliminating them gets rid of a lot of the need for pain relievers. Sugar falls into this group as well.

Sometimes something as simple as gentle exercise can relieve the pain. This is true with a tension headache as well as some forms of arthritis.
EFT (Emotional Freedom Technique) is another way of reducing and even eliminating pain. It can reduce your stress level, and work directly on the causes of the pain.

Proteolytic Enzymes also work on the causes of pain, they reduce inflammation, dissolve scar tissue, cleanse and thin the blood, and even boost cardiovascular, respiratory and immune function. The best known is Bromelain, but there are others that work together to reduce pain and increase well-being. Papain is another one that has been shown to reduce tumors, what a wonderful side effect!

Turmeric/Curcumin: Although primarily known as an antioxidant this works for by reducing inflammation and swelling. It does not have the side effects of aspirin or aspirin substitutes. It is great at relieving joint pain, stiffness, arthritis, muscle spasms, and many other forms of pain and inflammation.

Devil's claw has been shown to work like Cox2 inhibitors, without the ugly side effects. It is so powerful it is often used to treat horses.
Boswelia has been used for centuries in India as a pain and inflammation reducer.

Vitamin E is another antioxidant that does wonder for pain. In addition it controls high blood pressure, maintains healthy and balanced cholesterol levels and boosts immune system function. It has also been shown to improve circulatory conditions, skin health, memory and more. Fish oil is the best known source for Vitamin E, but there are also others.

Ginger has been used to treat nausea and to reduce pain and inflammation. It works by decreasing the amount of prostaglandins, which are what cause you to feel pain. In other words, it does what NSAID's and prescription pain meds do, but in the way nature intended it to do instead of forcing it and causing side effects

Marijuana has gotten a lot of press lately for its pain relieving properties. In its raw form, marijuana and marijuana juice is not psychoactive, which means it can be used safely and effectively without getting a person "high." Marijuana is also far more medically potent in its raw form than when it is heated or smoked, possessing up to 60 times more therapeutic content per volume.

There are a lot of natural pain relievers. If one doesn't work for you, try another one, or a combination. A natural health care provider can speed up the process, but you can also do it by trial and error.