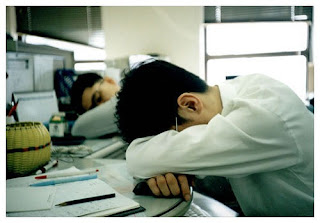 As we rush around in our day to day life, it's sometimes hard to find the energy to get through the day.

Don't fall into the trap of reaching for a can of soda in the afternoon for a little energy boost? According to a new study out of Japan, this little habit could be downright deadly.

Women who indulged in a sugary soft drinks almost every day were at a much higher risk of ischemic stroke. That's the kind of stroke that involves plaque buildup in the arteries. And we're not talking about a small risk here. If soda is a regular part of your diet, you could be a stunning 83 percent more likely to have an ischemic stroke, according to the study.

While the study doesn't prove that soda itself causes stroke, it goes along with other studies that have drawn links between consuming a lot of sugar and clogged arteries. And with the mounting evidence it seems pretty safe to say that sodas may play a role in having a stroke.

The study involved almost 40,000 people who were split into four groups according to how often they drank soda: rare drinkers, those who indulged in one or two cups a week, those who drank three or four cups a week, and those who downed a soft drink almost every day. "Soft drinks" were defined as sodas and sugar-sweetened juices.

Diet sodas were not included in this study, but we already know those are linked to stroke and other heart problems (in one study people who have a diet soda a day were found to be 44 percent more likely to suffer a stroke)

The American Beverage Association down played the study stating that it "does nothing to educate people about the real causes of heart disease or heart health issues." Really. That's the best they could do?

While increased stroke risk is among the more serious potential dangers of drinking soda, it's just one item on a long list. Sugar in sodas has been linked to obesity and general poor health.

The best way to make sure you have boundless energy throughout the day is also the easiest... simply get enough sleep. Combine that rest with a healthy diet, getting some regular movement, and drinking plenty of water and you have a winning combination for feeling great.

And if you need a little variety in the beverage department, try one sweetened with stevia. Stevia has zero calories and tastes great. The stevia drops we carry come in a multitude of flavors.