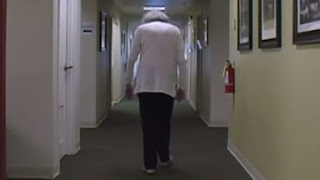 Parkinson’s disease (PD) is a neurological disease that affects the motor skills of its victims. In many people’s opinion it is similar to Alzheimer’s disease (AD) except that with AD the disease attacks the cognitive functions of the brain. Both are associated with depression, anxiety, and speech impairments. PD is often recognized by tremors and stiff muscles that are hard to control. Both diseases are listed as ‘cause unknown’.

Some links are starting to be made, but they are more statistical links than something that is a direct cause. This may be because it is when many of these links combine that they overcome the immune system and symptoms begin.

One of these links is with leaky gut syndrome. PD patients are much more likely to have a high level of bacterial growth in their small intestines. This is both a symptom and a precursor to leaky gut. It can be caused by eating food high in pesticides and antibiotics. There has been proven to be a link between the gut and the brain. A healthy gut digests things easily, and is filled with a variety of good bacteria, with minimal evidence of bad bacteria. Gluten intolerance can be both a cause and an effect of an unhealthy gut. People with an unhealthy gut are more likely to experience constipation, IBS, and autoimmune disease.

Iron overload has also been shown to be prevalent with those that have been diagnosed with PD. This is usually more common with men and post-menopausal women. Women in the child bearing years don’t normally have to worry about iron overload because their menstrual flow typically eliminates the excess iron.

Another statistical link is low levels of vitamin D. Vitamin D deficiency has been linked in this way with many different illnesses. These include type 2 diabetes mellitus, multiple sclerosis, hypertension, cancer, and infections. It now includes Parkinson’s.  Those with PD that have raised their D3 blood levels have been shown to improve their speech and mood. Vitamin D can be raised through sun exposure and supplementation.

Those that have trouble controlling their muscles tend to shy away from exercise, but studies show that exercise may be one of the best things for them.  One man found that joining the gym and taking boxing lessons severely slowed the progression of his illness. A study involving 231 patients showed that those who exercised regularly experienced less falls.  Other, larger studies show a reduction in loss and even improvement of motor skills. One study suggests that exercise can prevent you from ever developing symptoms.

It seems strange that simply not eating can improve your PD symptoms, but fasting can do much more than that. Unless you are already severely underweight fasting as little as several hours once or twice a week has been shown to improve overall health and cognitive functions. After a short term fast the immune system has shown marked improvement. The brain has been shown to have from 50 to 400 percent more of a substance that creates new neurons.

Ketogenic Diet
Along with the occasional fast what you eat on the days you do eat seems to play an important role. We already mentioned that pesticides and antibiotic laden foods need to be avoided. It turns out that what we do eat plays just as big a role. A ketogenic diet is one that is high in fat (90% or more of calories from fat) and low in protein and carbohydrates.  Eating this way has been shown to improve balance, tremors and mood.  The quality of that fat can also play an important role.  Things like coconut oil, organic butter, avocados and nuts improve body functions more than vegetable oils or trans fats. Limiting protein to half a gram per pound of body weight and carbohydrates to 30 or 40 grams per day seems to be ideal.

To wrap it up here are some ideas for improving the life of someone experiencing PD, or limiting the possibility of developing it.
•    Eat an organic, whole food diet.
•    Find a way to exercise every day.
•    Optimize your Vitamin D levels.
•    Get some good fats every day.
•    Avoid chemicals whenever possible.
•    Include foods that reduce inflammation such as cinnamon (Ceylon), pomegranates and Turmeric.