Cold and Flu Caused By Viruses 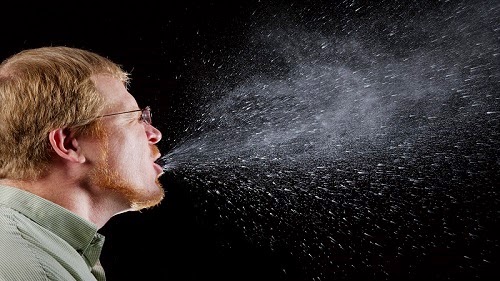 Moving indoors brings on the flu season. It used to be thought that getting chilled made you ‘catch’ a cold. Other ‘causes’ were washing your hair, or even taking a bath. All of these may have a half a grain of truth to them, if that much.

CDC reports show that at best flu shots are 66% effective, but they can’t confirm it because even if you go to the doctor flu cases are not reported to the CDC. The cocktail of dead and/or live viruses are a guess, based on past history. How accurate is that history if lab tests aren’t taken and reported to the CDC? That is supposing that the CDC instructs the pharmaceutical companies which viruses to use. Where is the evidence that happens? Are the companies allowed to pick their own? If you were building a table and the customer said they didn’t care what it was made of you would be tempted to use the cheapest materials you could find.

Vaccines contain some interesting ingredients. They are made from aluminum. Aluminum has a known link to breast cancer, Alzheimer’s disease. If you are vegan you may want to know that they contain sugars (sugar often comes from non-vegan sources), egg protein, and gelatin (derived from collagen obtained from various animal by-products). This doesn’t sound very vegan.

A fairly new ingredient in vaccines is glyphosate. This is one of the ingredients in the herbicide Roundup. There is a growing link between glyphosate and autism, as well as other diseases. This increases the possibility of vaccine related autism. Part of the link to autism is the aluminum in the vaccines. It interferes with how the body synthesizes sulfate, as well as gastrointestinal health. Growing evidence is that digestion and detoxification problems are caused by aluminum destroying the delicate balance of bacteria in the gut. The consequences of this include leaky gut syndrome, kidney failure and pineal gland calcification.

Thimerosal is also found in vaccines. It is one of the sources of mercury. It is particularly toxic to boys. Boys have a greater incidence of autism than girls do. It has been shown in test tubes to destroy neuronal cells.

There is a virus, called EV-D68 that seems to only occur among children that have been vaccinated. Some of these children have had to be hospitalized, yet the public is not hearing about it. The MMR vaccines seem to be the culprit, but parents are not being warned about this virus.

Encephalopathy is also a problem that is characterized as seizures, other medical experts call it a general brain disease. The link to vaccines has been shown strong enough that the parents of these children are being given monetary compensation by our government. Can money take away the hardship or heartache of a child that is neurologically damaged?

MMR vaccines are supposed to protect against measles, mumps and rubella. Rubella was determined to be a cause of autism a long time ago. The way vaccines are said to work is to give the child a mild case of the disease that their immune systems can fight off, thereby giving them immunity to the disease. But children’s immune systems are not tested prior to giving them the vaccine. There is no standard test to determine how strong a person’s immune system is. Parents are asked to rely on faith that their children will come through the experience with little more than grumpiness and maybe a mild fever.

It isn’t just young children that are suffering the effects of vaccines. Since the advent of the HPV vaccine numerous deaths, illnesses and permanent health problems have been on the rise among teenage girls. They have been shown to occur directly after the vaccination, although health care officials refuse to blame the vaccines. Common symptoms include cold hands and feet, becoming pale, convulsing and even collapsing unconscious. The weakness can be so bad that the girl is left unable to care for themselves. In one are in Columbia over 370 girls have been stricken. Officials are blaming it on mass hysteria.

When I am approached by a doctor, my local pharmacy, my local drug store, or now days even my local grocery store to get the latest flu shot I politely but firmly tell them no. Even though I am no longer a small child, or even a teenager the health risks far outweigh the benefits.